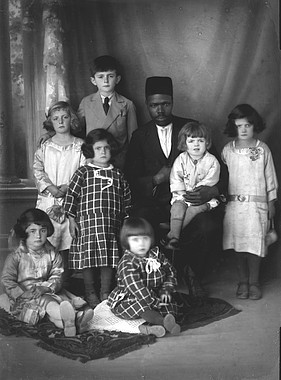 The history of Ottoman Empire in the Balkans is often discussed in monolithic way and the domestic nature of Ottoman slavery (Ferguson & Toledano, 2017), different from the trans-Atlantic slavery, received little (or not at all) attention. My research at this early-stage deals with locating the Black presence in the Balkans since 19th century, and with the issue of race and national identity. I am interested to see how race was discussed or mattered in everyday life in relation to different regimes of power. I am particularly interested to look how individuals, of mainly African descent, trace their family histories and memories. At this point in my research, it is difficult to speak about cases of slavery. Black communities or members of this community in 20th century in Ulqin (Montenegro), Shkodra (Albania), Prishtina (Kosovo), Sarajevo (Bosnia) performed different types of work, including (or perhaps mainly) household one as servants and as nannies. In this presentation, I will attempt to present individual stories and biographies which feel like Ariadne threads that lead to history in the Ottoman Balkans. Due to scarce archive sources, I significantly rely on a mixed methodology of visual analysis, namely photography, and collected oral histories.