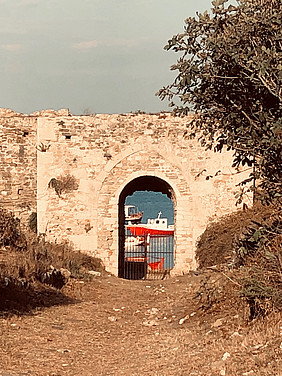 Lately, the borders between Greece and Turkey became an area of conflict between two countries due to the migrants and refugees gathered in thousands to exit towards Europe. Although Turkey and EU had reached an agreement in 2016 to control the irregular migrant crossings from Turkey to EU, its effectiveness has been criticized by different agents since the problems endured and expected change did not occur. The current migration crisis is one of the biggest challenges to the concept of Europeanization compared to historical migration flows in the region. Adding a historical perspective to this current conflict, this research examines the cross-border mobility and borders between Greece and Turkey following the Greek Revolution of 1821. After the demarcation of the first Ottoman-Greek borders in 1832, the borders between two states had been changed in 1881, 1912 and, finally, in 1923.  Through a comparative approach, I aim to contribute in better understanding the challenges of current migration crisis in the Southeastern Europe.

Dr. Dilek Özkan is currently a visiting research fellow at the University of Graz, the Center for the Southeast European Studies for the winter semester of 2020-2021. She is also affiliated with the University of Macedonia, Department of Balkan, Slavic and Oriental Studies conducting a postdoctoral research entitled: Migration flows in the Southeastern Europe during and after the Greek Revolution (1821-1869). Previously, she was visiting scholar at the University of Oxford, Faculty of Oriental Studies during the academic year of 2016-2017. She received her Ph.D. in History (2016) from the University of Athens. Her dissertation examines the first Ottoman-Greek borders and Ottoman modernisation efforts in the borderland region of Thessaly. During her Ph.D. study, she awarded scholarships from the Greek State Scholarship Foundation (2010-2012) and the Alexander Onassis Public Foundation (2012-2013). She held her MA in History from Boğaziçi University, and her BA in History from Istanbul Bilgi University. Her research interests include Ottoman-Greek relations, borders, fortresses, borderlands and migrations and population movements in the Southeast Europe.