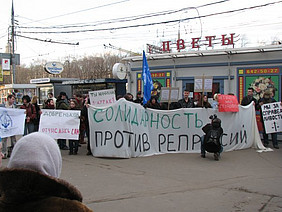 BB: Ivan Kislenko - Between North and South: Anti-Eurocentric Isolationism of Russian Sociology in the State of War and Beyond

This presentation will examine the history of the debates on the possibility of the emergence of unique Russian sociology concerning the current claims for further isolation, both – from inside and outside of the country. It interrelates with the state of the international discussion on the variability of sociological practices in the world, and the possibility of the emergence of unique local indigenous sociologies. Nevertheless, the Russian local perspective in the debates is accompanied by the rather specific tradition of sociology in the country, which often strives to provide a state with an ideological project or refer to so-called aboriginal science. Such state of affairs received criticism from the adherents of Western sociology in Russia: mostly because of the intentions to invent a purely ideological enterprise and due to the lack of the proper academic quality. Currently, Russia finds itself in the state of war, which turns Russian science into isolation. Vladimir Putin claims that Russia is a leader of the anti-colonial world, fighting eurocentrism. This rather symptomatic attempt to use the trends to cover the actual intentions. A fake decolonial perspective in social sciences in Russia bites itself for the tail, falling into full-scale isolationism, using paradoxically similar arguments of the left intellectuals from the leading universities of the West on the necessity to decolonize the science and education from the Western-centric means of knowledge production and ways of the science administration.

Ivan Kislenko holds a joint PhD degree from Ghent University (Ghent, Belgium) and HSE University (Moscow, Russia). His research interests are global sociology, global production of knowledge, southern theory, isolationism in sociology, national and indigenous sociologies, sociological canon, academic dependence, and the history of the debates on the decolonization of sociology. He was a visiting researcher at the Center for Social Theory (Ghent University, September 2019-February 2020) and a research assistant at the Center for Fundamental Sociology (HSE University, 2020-2021). Last year Ivan was a Fulbright Affiliate Research Fellow at George Mason University (USA, 2021-2022) and an online lecturer in sociological theory at HSE University.